While the horrors of the trench warfare on the Western Front in Belgium and France are part of the European cultural memory, to some degree the much more extensive and mobile Eastern Front of the 1914–1918 conflict has become the forgotten front (Die vergessene Front). Although for just over eleven months in 1914/15, the central part of a major front, some 1000 km long on which three million people died ran through the middle of what is now Poland, for a number of reasons the memory of this has there been all but erased from memory and from the cultural landscape.

The reviewed three volumes are the result of a project that has attempted to address the poor state of historical memory of the momentous events and human drama that took place a century earlier on the segment of the front, 55 km west of Warsaw. Here, from mid-December 1914, the Russian Imperial army tried to hold back the eastward advance of the German troops on defences built along the Bzura and Rawka rivers. For the next seven months, the fighting here took the form of the same type of prolonged static trench warfare more familiar on the Western Front (the only place in the eastern sphere of war that this happened). The German army made every effort (including mining and several major gas attacks), to advance on Warsaw but failed to break through. It was only after the Great Retreat of the Russian army in the summer of 1915 that these defences were overrun and Warsaw fell. 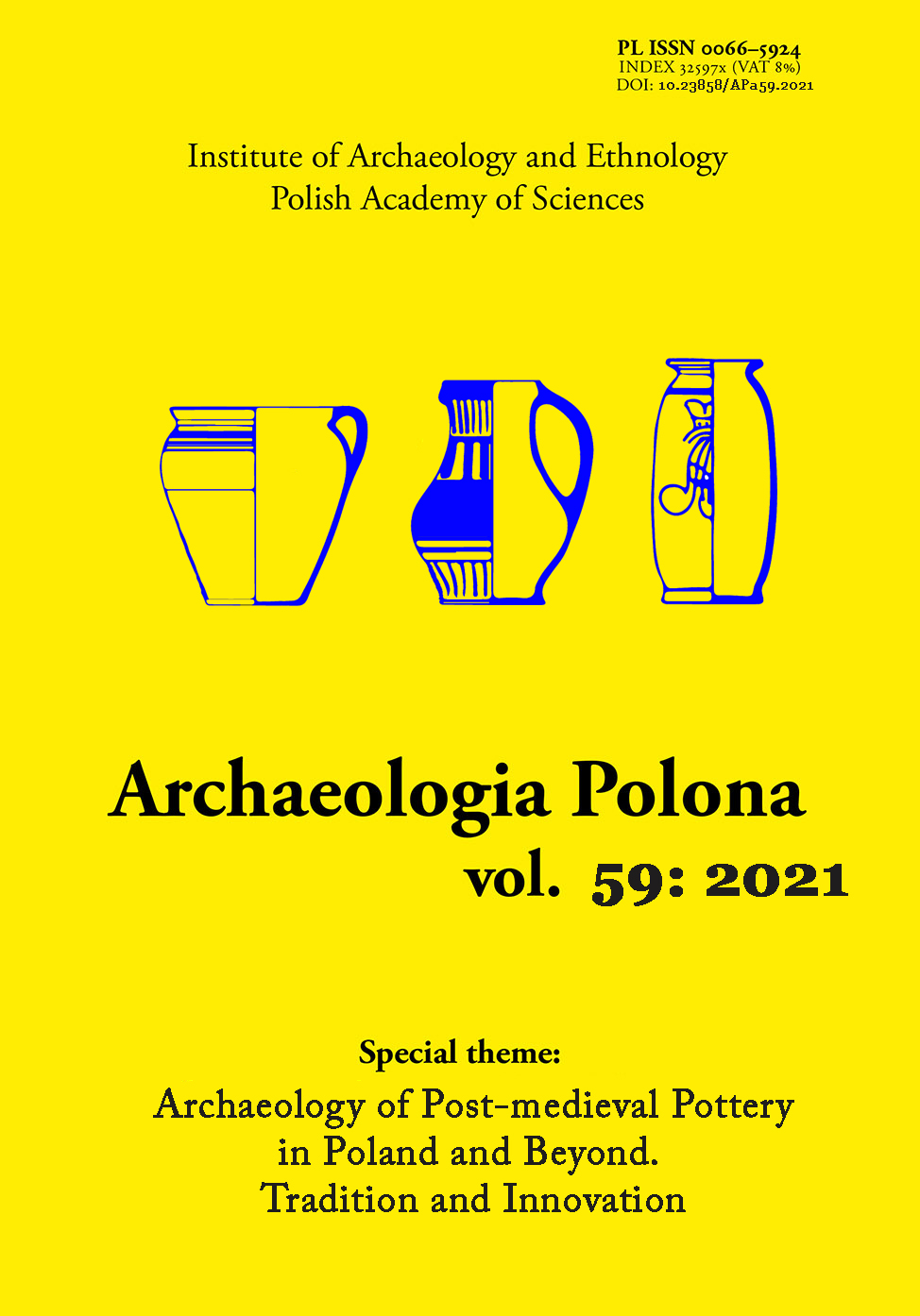 Vol. 59 (2021): Archaeology of Post-Medieval Pottery in Poland and Beyond. Tradition and Innovation

This work is licensed under a Creative Commons Attribution 4.0 International License.

I declare that the manuscript sent is original, has not been published before and is not currently being considered for publication elsewhere.
I confirm that the manuscript has been read and approved by all the authors mentioned and that there are no other persons who would meet the criteria for authorship but were not mentioned. In addition, I confirm that the order of the authors listed in the manuscript has been approved by all the authors.
I confirm that the correspondent author is the only contact with the Editorial Board in the editorial process, and is responsible for communicating with other authors and informing them about the progress, corrections and final approval of the article.

Publication co-financed by the Ministry of Science and Higher Education under the program "Wsparcie dla czasopism naukowych 2019-2020" ["Support for scientific journals 2019-2020"].